Get To Know Our Clients: The Terry Fox Foundation 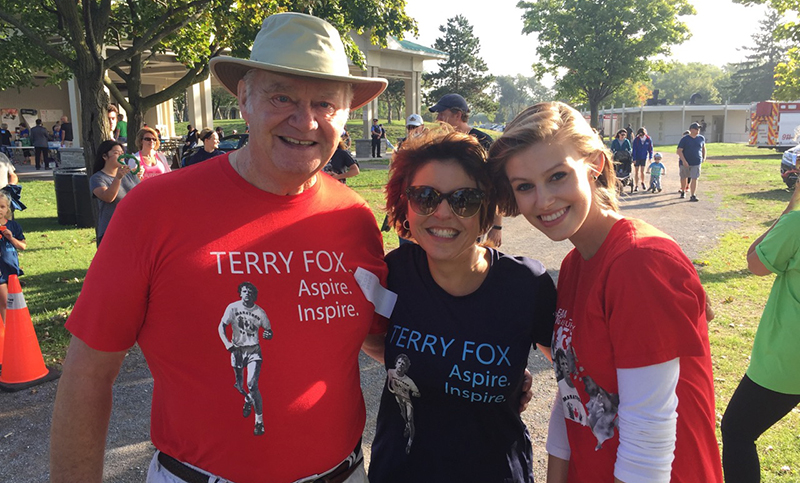 Terry Fox, The Young Man Who Started It All 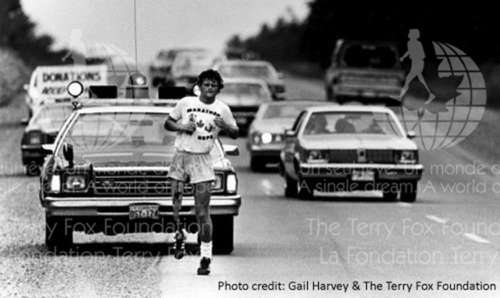 Terry Fox, a native of British Columbia, was diagnosed with osteosarcoma (bone cancer) in 1977 at the age of 18. His right leg was amputated to stop the cancer from spreading. During his treatment he became close to many other cancer patients, especially children. Terry was determined that others should have a better chance to beat the disease than he did. He set about on an epic 5,300 kilometre coast to coast run to raise money for cancer research. Terry’s right leg was only a stump outfitted with an artificial limb made with fiberglass and steel, but his left leg was extremely strong. He trained for his run for 15 months, often in the dark so no one could see him. When he told his family he wanted to run across the country, no one believed him.

But Terry persevered and at the age of 22, he set off to run what he called his "Marathon of Hope". Wearing a simple white t-shirt decorated with a map of Canada, Terry ran every day for 143 days, from St John’s, Newfoundland on the eastern coast of Canada through six provinces. Terry Fox believed that he had beat cancer and he wanted to raise money to help others fight the disease. His run inspired Canadians nationwide to donate money to cancer research.

Sadly, Terry Fox’s cancer returned in his lungs, forcing him to stop running 18 miles short of Thunder Bay. Terry passed away one month shy of his 23rd birthday and was never able to complete his coast to coast challenge, but his journey made him an iconic symbol for triumph over adversity. Shortly after his death the annual Terry Fox Run was established.

The Terry Fox Foundation has become a well-known charitable organization around the world. Their funding is generated from more than 900 Terry Fox Runs that takes place every year around the world, all volunteer-led. The Terry Fox National School Run Day sees more than 9,000 schools and 3 million students raise funds for cancer research each year.

The unique quality that sets this charitable organization apart is that $0.84 cents of every dollar goes towards cancer research. Terry’s journey has been inspirational to many people around the world and the support has allowed Terry Fox Foundation to raise $700 million to date for cancer research. 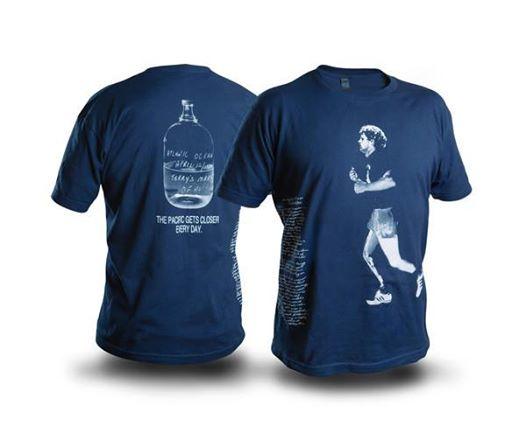 Entripy began printing custom t-shirts for Terry Fox Runs in 2011. More than a printing project, for Entripy this was a privilege to provide Terry Fox Foundation with the highest quality of custom shirts along with a unique design that would signify the value of Terry Fox’s legacy. By 2013, the Terry Fox Foundation designated Entripy as its merchandise partner, a relationship that involved both creative and print work.

Entripy prides itself in the ongoing relationship we have built with the Terry Fox Foundation. Hearing feedback from the Foundation's management has always been encouraging for Entripy:

How to Get Involved with The Terry Fox Foundation

Whether you participate in the annual Terry Fox Run or not, you can support The Terry Fox Foundation year round. The Foundation provides an online platform where you can simply donate or purchase Terry Fox merchandise from videos, books to various styles of custom clothing. Check out the Entripy-designed custom t-shirts in the merchandise section or visit www.terryfox.org to get more information on recent news, events or history of this organization.

As Canada’s leading supplier of custom clothing, Entripy works tirelessly to provide highest quality of custom apparel for the Terry Fox Foundation. Terry’s indefatigable strength in the face of adversity is testament to the human spirit, and something we at Entripy admire enormously and hope to encourage. Entripy is proud to partner with organizations like The Terry Fox Foundation and hope to help them get one step closer to beating cancer.