Get To Know Our Clients: Kaitlyn Johnston 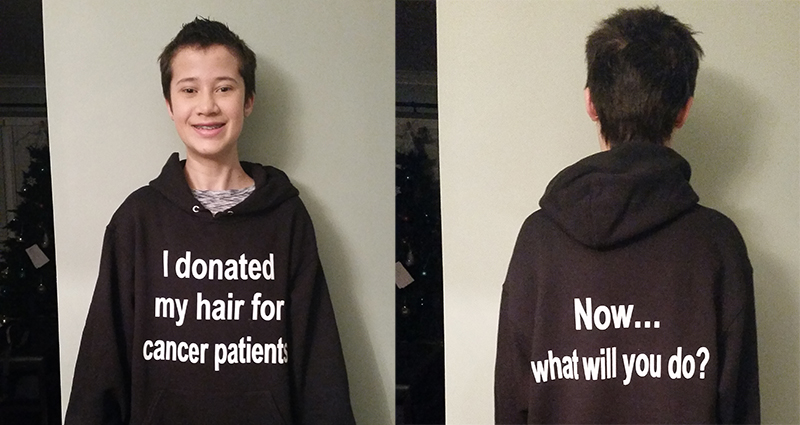 How one client used custom apparel to inspire others to do good.

When 12-year-old Kaitlyn Johnston decided to donate her hair for cancer patients, she didn’t realize the impact her new look would have on her and on others.

Kaitlyn’s aunt and grandmother had both survived cancer and the Whitby student wanted to do something to honour the fight they had put up against the disease. Johnston met Cops for Cancer at her school and while she had hair down to her elbows, long enough to donate, she says she chickened out of cutting it off that day. “I felt really bad about that,” she says. Kaitlyn couldn’t stop thinking about that decision and wanted a second chance so she told her parents she was going to cut off her long locks.

While Kaitlyn could have simply cut her hair to chin length and given enough to create a wig, she decided to get a buzz cut instead. “I wanted to prove that girls don’t need hair to be beautiful,” she says. What Kaitlyn didn’t realize was that cutting off her hair would lead to such polarized responses in her community. 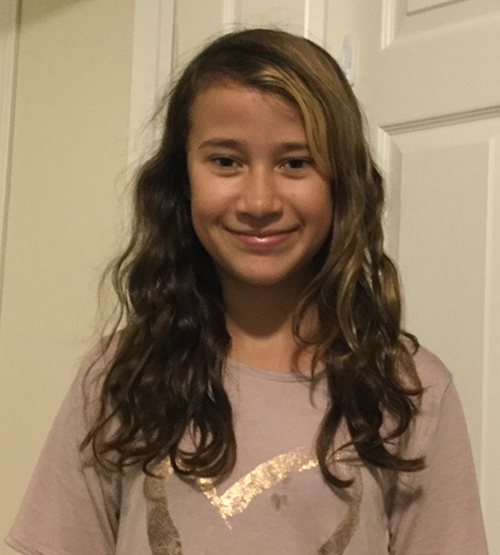 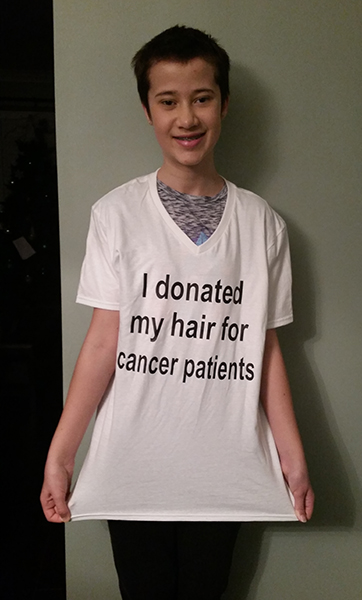 When out at dinner with her family after cutting her hair, Kaitlyn and her parents were chatting at their table about what she had done and why. When it came time to pay the bill, the family was surprised to find out that an anonymous dinner guest had added the family’s bill to theirs. “We figured that it must have been someone who had cancer or someone whose family member was affected by cancer who overheard us talking about what I did,” says Kaitlyn.

Meanwhile at school, while some friends were supportive, others, especially the boys in her class, ridiculed Kaitlyn over her new look. Questions such as ‘Are you a boy or are you a girl?’ and cruel transgender comments rattled the 12-year-old. The frequent taunting made her decide to take a stand.

Kaitlyn contacted Entripy and requested a custom t-shirt and custom hoodie that read “I donated my hair for cancer patients. Now, what will you do?”. “At first I wanted it to be a way to get people to back off,” she says. But adding “What will you do?” to the back of the custom apparel was a way for her to encourage others to think about doing something to help someone as well.

“If someone reads the front – I donated my hair for cancer patients – they might think oh, cool. But when they read the back, it’s just not a thing you can shake off,” she says. Kaitlyn hopes her custom apparel will encourage others to give back as well. While she doesn’t expect everyone will decide to cut off their hair, or even to do something for cancer patients specifically, she hopes the message on her custom apparel will help inspire others to spread goodwill and do something positive for someone else. 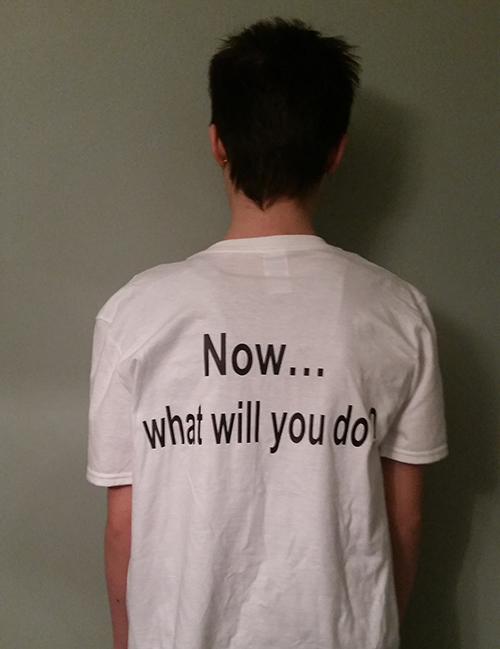