Entripy Teams Up With Argos Cheerleaders To Fight Cancer 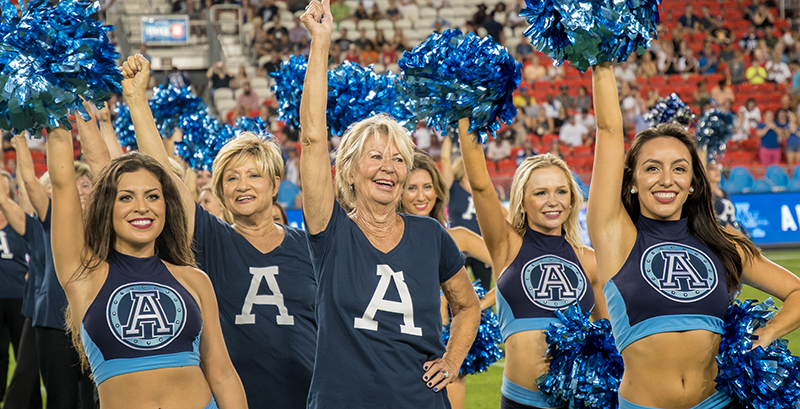 On Friday, August 12th, over 100 Toronto Argonauts cheerleaders from years past took to the BMO field to reunite with their former peers and raise money for a good cause. The group of alumni cheerleaders, who range in age from 25 to 90, trained for weeks to perfect the special half time performance. 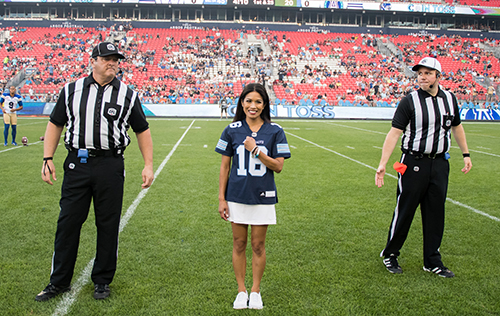 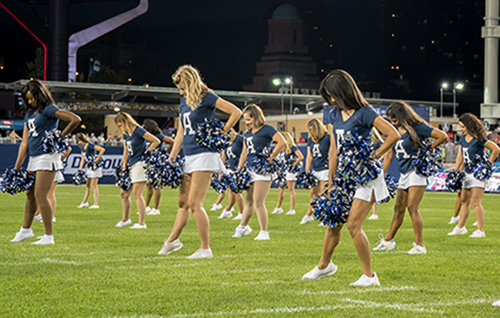 The Argos Cheer Alumni half time performance began in 2005 when a group of Argos Sunshine girls from the 1970’s and ‘80s decided to reunite. “Years after their time cheering, the ladies had maintained wonderful friendships and thought it would be fun to not only have a reunion, but to do so on the field,” says Jorie Brown, Head Coach, Argos Cheerleaders.

Although it started out as a small group, the reunion cheer was a huge hit and has continued to grow each year as more and more alumni find out about the on-the-field reunion.

The reunion is often sentimental for many of the Argos Alumni.  “This is a time not only to perform again but an opportunity reminisce about old times and reunite with long lost friends. It is about the sisterhood, the special bond they all share and their love for the Argonauts. Most importantly, it’s an opportunity to perform and dance for a great cause,” says Brown.

Each year, the Alumni Cheerleaders align with a charitable cause and donate a portion of the Alumni ticket sales and the Argos Cheerleader calendar. This year, the team chose Tealpower, an organization created by the Toronto Argonauts Football Club's Marketing Director Tyler Puley and his fiancé Alison Salinas who passed away in November 2015 of cervical cancer. When Salinas was diagnosed in 2013, she was inspired to chronicle her journey on her blog Tealpower Canuck, which spread widely through social media. She coined #TEALPOWER, as teal and white are the colours of National Cervical Health Awareness Month in the United States. 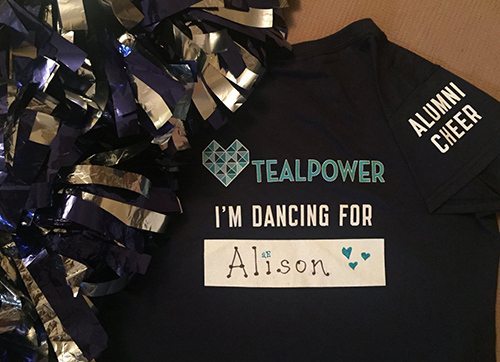 Tealpower donated all funds raised through the Argos Alumni Cheer event and a portion of the annual sales of the Argos Cheer Calendar to the Princess Margaret Cancer Foundation (PMCF) for cervical cancer research. “Alison’s older sister is also an Argos Cheer Alumni, so it was the perfect platform for the girls to get behind,” says Puley. 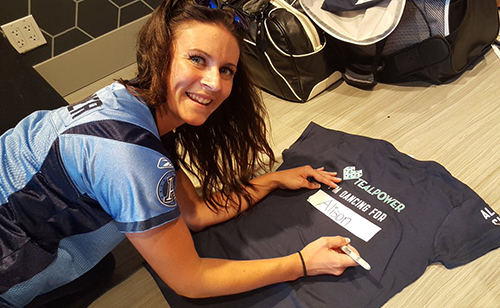 Entripy was pleased to support the Argos cheerleaders with custom t-shirts. The cheerleaders wore the Gildan 64V00L, a 100% cotton V-neck with a stylish tapered fit. The screen-printed design included the Tealpower logo as well a white space for the girls to write the name of someone they wanted to honour with their cheer. Alumni Cheer was printed on the sleeve of these special custom printed t-shirts to commemorate the event and the Argos “A” was displayed proudly on the front center.