Raptors broadcaster Jack Armstrong is known for his quick wit and Brooklyn accent, and now, thanks to Entripy, fans will be able to wear Jack’s most famous sayings.

Born and raised in Brooklyn, NY, Jack Armstrong never thought he’d be considered a Canadian sports icon. From 1989 to 1998, Armstrong was the head basketball coach at Niagara University, but a quick decision in 1998 led Armstrong along another career path as a basketball analyst and broadcaster. Known for his raspy voice and New York accent, Armstrong’s catchphrases, the front-loaded “Hello!” and “Get that garbage outta here” bring out a few chuckles in what are otherwise intense games.

Now in his 19th season with the Toronto Raptors, Armstrong has been witness to many changes in the game of basketball in Canada. “To see where it is now, it’s pretty amazing,” he says of the sport in a country previously only known for hockey.

Armstrong has always felt close to Canada. Living on the Niagara River with Canada in his backyard, Armstrong says he saw the potential for the sport of basketball to grow in popularity. 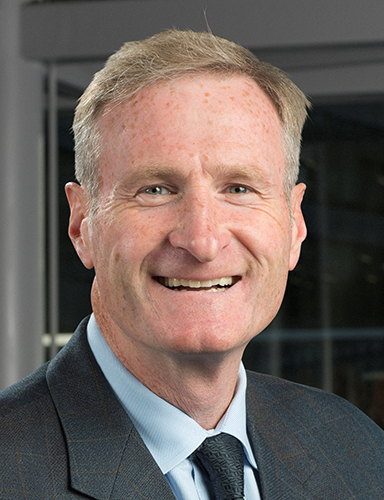 “There’s a great passion not only for hockey but when you see what’s gone on with the Toronto Blue Jays and the Toronto Raptors, people [in Canada] are just dying to support something and really connect with their teams,” he says.

Armstrong’s passion for the sport of basketball and for his fans comes across through his trademark smile. “I have a smile on my face every day I go to work. I don’t even call it work,” he jokes. “That orange ball, I can’t thank it enough! I’ve had two careers in this sport. One as a coach and this as a broadcaster and I can honestly say as much fun as I had coaching, I’ve had a lot more fun doing this. You deal with all the upbeat positive things and you don’t have all the headaches,” he says belting out a laugh that’s just so “Jack”.

He laughs when asked if he sees himself as a cultural icon. “When someone says that I’m like you’ve got to be kidding me. Don Cherry, that’s an icon. Me? I’m just Joe bag of donuts,” he jokes. “I’m just very fortunate to be in a place that allows me to have the latitude to have a bit of fun and enjoy what I do.”

Saying It with a Custom T-Shirt

While Armstrong may not see himself as a Canadian icon, the broadcaster, who was recently awarded The Best Sports Analyst in Canada by the Canadian Screen Awards, does see himself as an ambassador for the sport. Armstrong, with the assistance of Entripy Custom Clothing, created a new line of Jack Armstrong custom t-shirts to help Raptors fans express their enthusiasm for the game.

The first t-shirt features Armstrong’s signature “Hello!” While Raptors fans are used to hearing the front-loaded “Hello!” after a great play, what many don’t know is that the phrase actually originated from Jack’s youth. It’s what he and his Brooklyn pals would call out to in response to a pretty girl walking by. “You’d go Hello!, like wow, I’m blown away,” says Jack, who now uses the phrase in response to a great play on the court. “When I see a big dunk or an incredible pass, an amazing play, it expresses enthusiasm,” says Jack. Armstrong has been known to record his signature “Hello” on fans’ voicemail recordings. 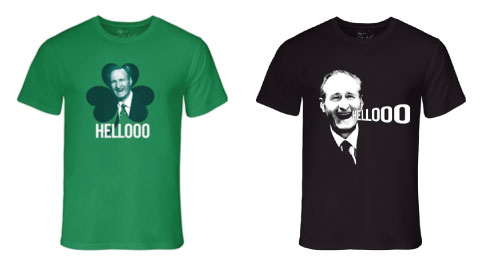 “Sometimes during commercial breaks, fans want me to look into their phone and say Hello or Get that Garbage Outta Here. They’ll ask me to record “Hello! Joe can’t come to the phone right now,” laughs Armstrong. “It’s fun, I never thought it would take off like this,” he says.

Entripy created two custom t-shirts, a black and a white version, of Armstrong’s signature phrase: Get That Garbage Outta Here. The phrase also originates from Armstrong’s youth. “Growing up playing in schoolyards, if someone blocked your shot, you’d yell a certain four letter word that we can’t use on a family show,” says Jack.  When he transitioned to television broadcasting, Jack replaced this word with something he could say on the air.  Garbage, said in his Brooklyn accent, caught on.

The Shamrock t-shirt pays homage to Armstrong’s Irish ancestry. Although Jack was born and raised in Brooklyn, NY, his parents were Irish immigrants who went to the United States for an opportunity.  “I look at what I was able to accomplish and what my three older brothers were able to accomplish, the opportunities that were afforded to us, that’s why my parents came,” says Jack, adding that he loves a good pint on occasion.

The line of Jack Armstrong custom t-shirts is available as of today at www.helloJack.ca. Each shirt sells for $20 and features Armstrong’s signature on the inside tag.

“I hope that folks enjoy them,” says Armstrong of the customized t-shirts. “I’m honoured that people would have the enthusiasm to wear them and buy them.” A humble and genuinely “good guy”, Armstrong says he’s happy to personally autograph the shirts or take photos with fans who are wearing them.