Get To Know Our Clients: World Wildlife Fund (WWF)

Entripy is wild for the WWF

For over 25 years, the World Wildlife Fund(WWF) has been challenging fitness enthusiasts and environmentalists to take to the top of Canada’s tallest building and show their commitment to wildlife preservation. This past weekend (April 16-17), thousands of individuals, groups and corporate teams climbed up the 1,776 steps (144 flights) of the CN Tower to raise funds to support the WWF’s work.

The World Wildlife Fund is Canada’s largest international conservation organization. With offices across the country, the WWF aims to conserve our natural planet by protecting species and habitats at risk, addressing global threats, promoting the reduction of pollution and wasteful consumption and ensuring the use of sustainable renewable resources. Since 1990, WWF Canada has played a key role in protecting Canada’s natural environment including establishing the largest freshwater reserve (the National Marine Conservation Area on Lake Superior) and recovering endangered species including the white pelican, sea otter and swift fox. 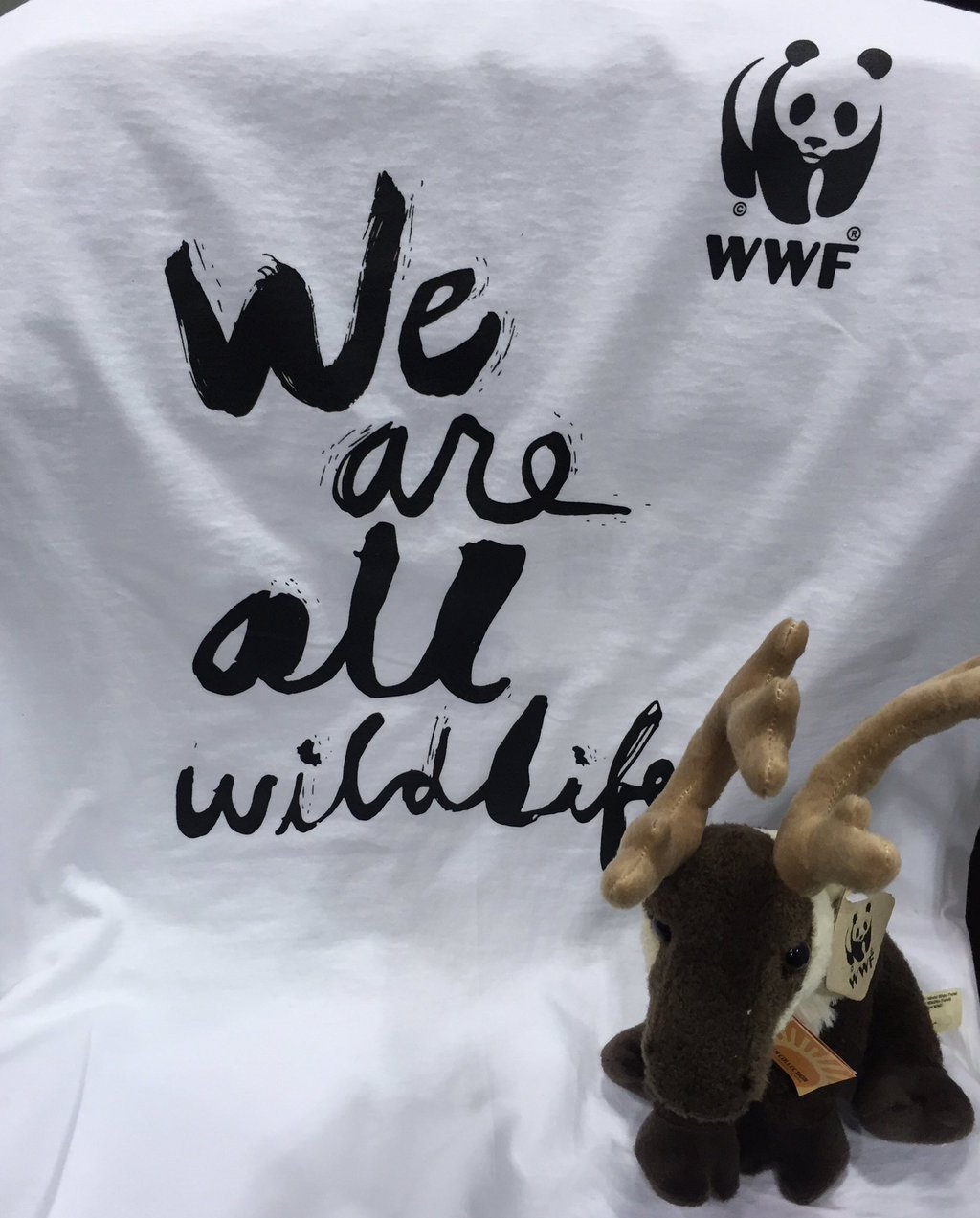 We are all Wildlife!

This slogan, written across the custom printed t-shirts of this year’s climb participants was designed to highlight the fact that the major issues affecting our wildlife – climate change, ocean acidification, loss of biodiversity and the degradation of natural resources – are just as important to the survival of humans as they are to the animals that live in our natural environment.

Since the first event in 1991, the CN Tower Stair Climb has been on many Torontoians’ bucket lists. This year was the largest climb in the event’s history, raising over $1.1 million for the WWF. Since the CN Tower can only accommodate 5,000 climbers per day, the climb’s growth in popularity caused the WWF to extend the event to two days. The Saturday climb was open to public climbers while Sunday’s ride was reserved for teams. Whether climbing alone or in a group, the sense of accomplishment climbers felt up at the top of the tower was palpable as climbers huffed, puffed, cheered and danced on the tower’s glass floor. 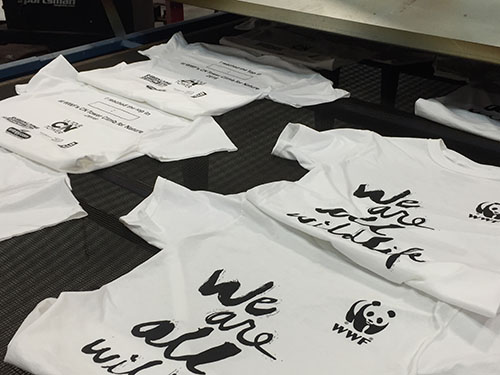 How did Entripy help?

Entripy was proud to partner with the WWF CN Tower Stair Climb for the first time this year, providing 6,500 custom t-shirts for climbers. The bold black and white customized t-shirts are not only a great way to spread the WWF’s message “We Are All Wildlife” but are also a great keepsake for climb participants. The back of each t-shirt provides a space for climbers to record their climb times. Entripy wishes to extend a round of applause to the WWF for a successful event and to all who reached the top of the tower!