Get To Know Our Clients: Cops For Cancer 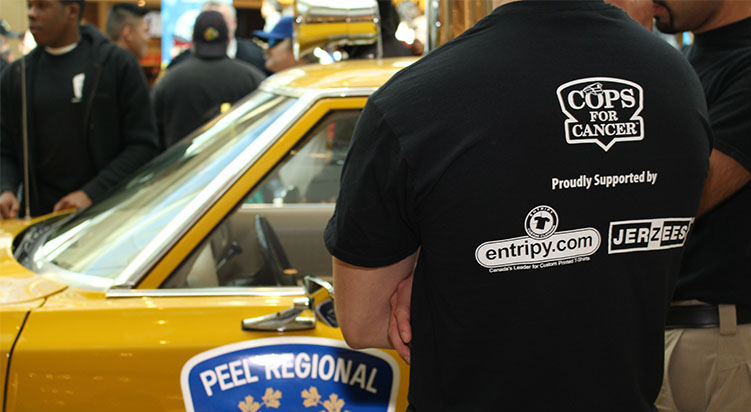 Creating a Buzz for Cancer

On April 23rd, two Entripy staff members embraced their charitable sides by participating in the Peel Region Police Cops for Cancer’s Big Shave at Square One Shopping Centre. Account Representative Kay Freeman lopped off the pony tail she’s been growing for the past eight years and Screen printing Prepress Technician Virakone (“Ricky”) Sonethasack shaved his head for the cause.

In 1994, Sargeant Gary Goulet of the Edmonton Police Service met Lyle Jorgenson, a 5-year-old boy who had cancer. Lyle was being teased at school after chemotherapy treatment caused him to lose his hair. Goulet, who sported a shaved head, invited Lyle to take his picture with him in his police cruiser. He then gathered a group of Edmonton officers who were willing to shave their own heads, showing Lyle’s schoolmates that being bald was cool.

Goulet’s act of kindness received media attention and an outpouring of public support. Goulet then teamed up with the Canadian Cancer Society to launch “The Big Shave”. Since 1994, thousands of police officers and other emergency services personnel around the country have shaved their heads in support of cancer and raised over $50.4 million for the cause.

How does Entripy help? 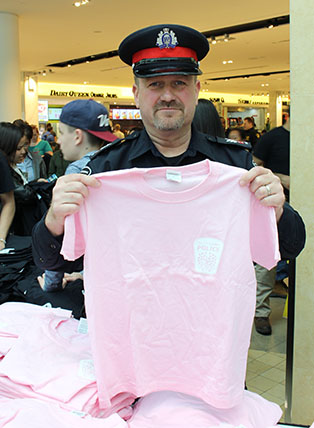 Where the Money Goes

Money raised through “The Big Shave” goes to the Canadian Cancer Society to fund life-saving cancer research, support services for cancer patients and their families and advocacy initiatives such as early detection programs to protect the health of all Canadians.

Ricky and Kay share their thoughts about why they chose to participate in this year’s Cops for Cancer event:

Though I do not have a direct connection to cancer in my immediate family I do understand and connect with the struggle of those who have been affected by it, including friends of mine and their family members. I've shaven my head when my Grandfather and Uncle passed away as part of a process of becoming a monk in the Lao and Buddhist community and in those times shaving one's head becomes a symbol of sacrifice. In this sense I would like to make my own personal sacrifice and support those who have been affected directly by cancer and donate my time and funding towards cancer research. Virakone (Ricky) Sonethasack, Screen Printing Technician

Cancer has touched the lives of everyone and I’m hoping everyone can come together and donate to this great event. My Grandpa lost his battle to cancer in 2000 after a long fight. My uncle was also diagnosed in 2012 but with early detection and new treatment options he is now completely cancer free. Kay Freeman, Account Representative 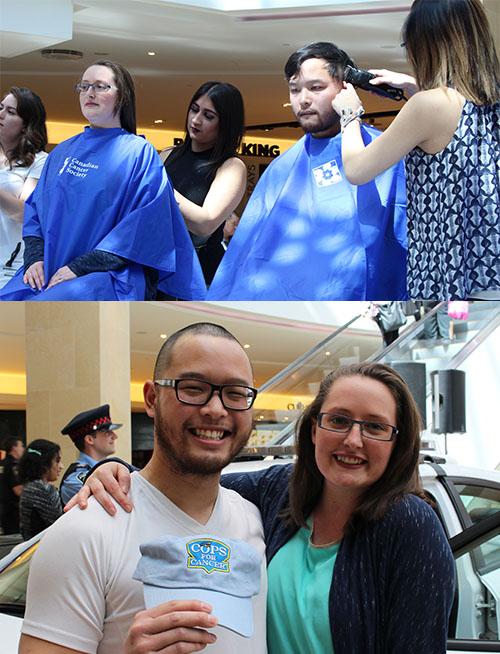