Get To Know Our Clients: Central Alberta Quidditch 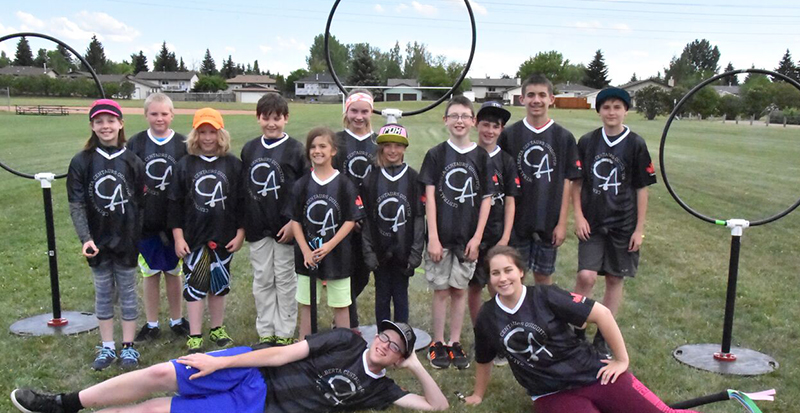 Harry Potter fans rejoice! Quidditch is a real sport and it’s growing in popularity across the country.

Quidditch was created out of the fictional sport in the Harry Potter Novels in 2005 by Xander Manshel, a freshman at Middlebury College in Vermont. The first quidditch club in Canada was formed in 2008 at McGill University and there are now over 30 quidditch teams in Canada and over 300 teams worldwide.  Central Alberta Quidditch formed in 2013 and runs youth and adult programs to help advance the sport in Canada.

Yup, It's a Real Sport

Wondering how a game that saw wizards flying around on broomsticks is played in real life? Well, to say quidditch is a unique game would be an understatement. For starters, players hold broomsticks between their legs at all times. Quidditch combines rugby, dodgeball and tag and just might be the most exciting new sport in Canada. “You can never get bored playing quidditch because there’s so much going on on the field: five balls, six hoops and seven players per team are basically playing three different games at once,” says Jillian Staniec, Founder, President and Coach of Central Alberta Quidditch.

This may sound chaotic but quidditch does have an official rule book, a Canadian national team and a national association designed to position quidditch as a legitimate sport. Though as Staniec puts it: “you’re also riding a broom so you can only take yourself so seriously.”

Quidditch is played on a field with two teams of seven players on each side. There are four positions in quidditch. Three players are called chasers. They run around the field with broomsticks between their legs and pass the quaffle (a slightly deflated volleyball), trying to score through one of three hoops on the opposite end of the field. 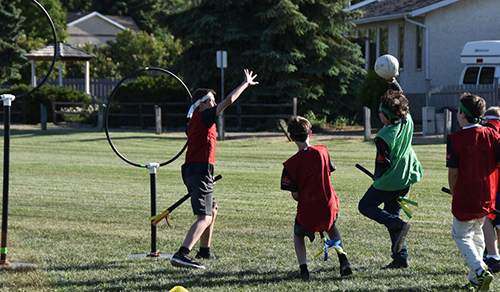 Two players are called beaters. These players throw bludgers (dodge balls) at the chasers. If you’re hit by a bludger, you have to dismount your broom, run back to your side and touch your team’s hoop.

Each team has one “keeper” on the field, whose job is to defend the hoops. Teams also have one seeker on their team. This player is called a “snitch” and has a sock that hangs out the back of their shorts like a tail. This player is fast and agile. Their job is to run around the field and stands, haggle players and distract them from the game. If a snitch is caught, the game ends. 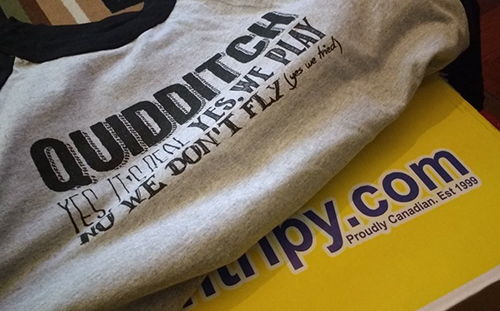 Custom t-shirts have been instrumental in helping Central Alberta Quidditch advertise the sport and their team. “I cannot tell you the number of strangers who will come up to ask us about our shirts and it gives us an opening to promote the team,” says Staniec. Selling the printed shirts and Entripy-made quidditch swag at events has also helped the association to fundraise and offsets the cost of setting up promotional booths at farmers’ markets and other events.

In May of this year, Entripy became the official custom clothing supplier for Quidditch Canada, the national association for quidditch teams. Read more about our partnership: www.entripy.com/t/entripy-and-quidditch-canada-partnership. 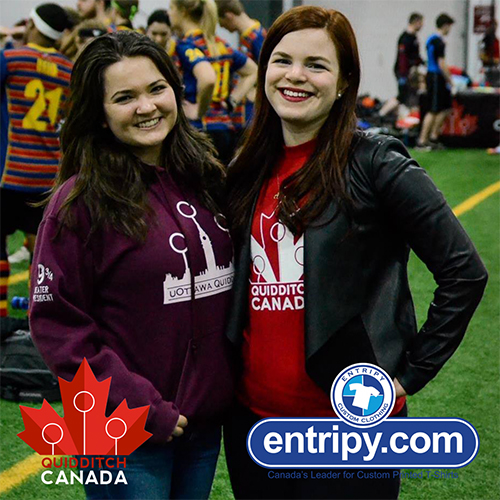