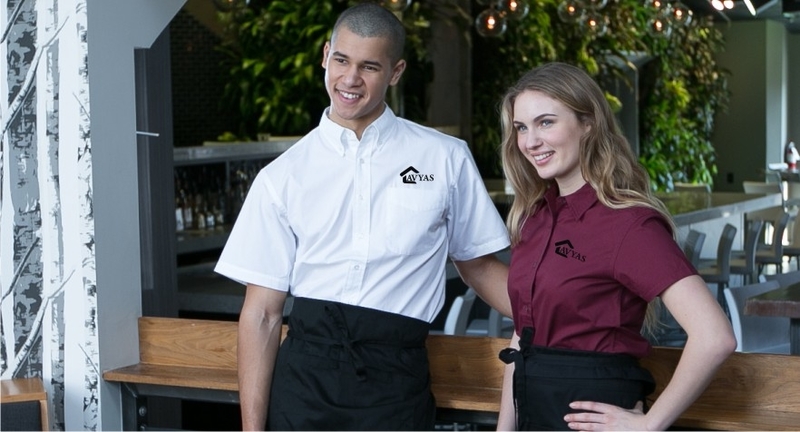 The Hottest Restaurants With Food-Themed Apparel

These days, people are proud to share their restaurant brand loyalty, whether it's on their shirt or on their Instagram. Savvy restaurateurs have taken notice.

And as a result, a growing number of eateries are taking advantage of the situation and creating trendy lines of colourful swag that holds its own against the hottest designer threads.

BeaverTails is a uniquely Canadian chain that offers great pastries in addition to popular Canadian dishes like poutine. With an excellent logo and a crowd-pleasing product, they offer plenty of custom apparel to customers at locations across Canada. Their eye-catching shirts, hoodies and hats are uniquely Canadian. For example, ball caps embroidered with "eh!" are a hit with tourists as well as with many Canadians. This chain has made Canadian culture one of its selling points, both on the menu and in the merchandise section.

Named for an iconic 19th-century Irish-Canadian tavern-keeper, Joe Beef's in Montreal has become famous in its own right. This restaurant has been featured widely on television. The owners have even released cookbooks. Their custom apparel means that foodie fans can signal their good taste to one another. Joe Beef merchandise has a unique aesthetic that marries old-time tradition with a present-day hipster look. This restaurant's colourful t-shirts are one of a kind. Based in Montreal, this business offers merchandise printed in both French and English.

Tim Hortons is a beloved Canadian institution, a brand that everyone recognizes and most people adore.

It should come as no surprise, then, that Tim Hortons has an extensive line of minimalist-inspired apparel bearing the company logo.

From t-shirts to hoodies to hats available in a range of styles and colours, Tim Hortons offers something to suit every style – just as their restaurants offer something for every taste. 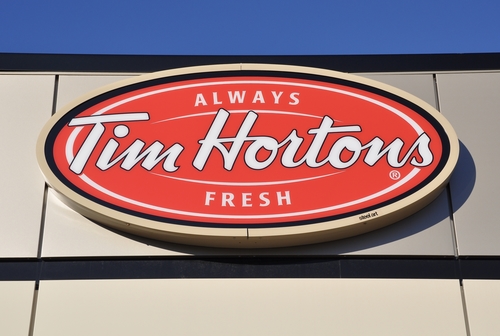 The best restaurant apparel is stylish enough to stand on its own rather than simply promoting the business. Case in point: The Old Triangle Irish Ale House. Renowned for their delicious pub fare, frosty draft beers and spirited live music, this is one of the hottest chains in Nova Scotia. Just as notable as their food is their Irish-inspired apparel, which includes custom t-shirts, golf shirts, tank tops and fleece hoodies, all of which would feel at home in any fashion boutique. Each clothing item is adorned with Irish symbolism, like the triquetra, giving the apparel a sense of cultural appeal.

The Rest of the World

One of the epicenters of this trend has been Los Angeles, California. Artisan ice cream chain Afters has had success not only with ice cream cone shirts but also ones that reference indie bands. In addition to traditional t-shirts, hats and even socks are among the custom apparel this local chain has found success with. Afters is a chain that knows how to use customized items to reinforce brand messaging and build customer relationships, and employees can wear their apparel as a custom uniform. Offering these screen-printed and embroidered apparel options benefits both the restaurant and the customer.

In-N-Out, another popular West Coast chain, has also long understood the value of selling customized merchandise. Hoodies and t-shirts are two of this eatery's core products. Available in several different designs, they allow fans of the chain to show off their own personal style. Everything from printed slip-on shoes to embroidered shirts, ball caps and custom work wear shirts are available. These items are a big hit, both with regulars and with tourists.

Cheers, based in Boston, is another establishment that knows the value of customized merch. Some of their tees feature beer mugs, like the one Norm was so often drinking from in the TV show. Other tees reproduce that iconic logo or feature a picture of the bar. Offering customized apparel is a no-brainer for operations like Cheers and Mystic Pizza, which have been featured heavily in beloved TV or film projects. It allows them to connect with fans and maybe encourage them to become fans of their food, too.

Finally, the granddaddy of offering customized apparel at a restaurant is probably the Hard Rock Cafe. The original Hard Rock was located in the U.K., but since then, it's become a worldwide operation.

This company offers shirts and other apparel customized for each location. That means some collectors likely have one from New York, L.A., Montreal and Toronto.

In addition to tees, collectors can find jackets, pins and much more on offer at every Hard Rock location. 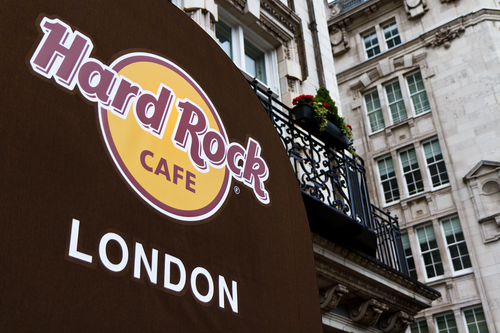 Customized apparel can help take many businesses to the next level. In the restaurant industry, it allows brands to really connect with their customers, and it's also a great way to advertise.